No cell phone living? Cell phones came with a promise to change our lives and make communication convenient at all times while reality suggests the contrary.

The purpose of this invention has been defeated since we started using it as a means of entertainment and these days our lives depend on them.

Every second of our waking lives is linked to our cell phones in one way or another; it serves every task except the one it was designed for i.e. communication.

The modern age brought us smartphones, which really are a complete waste of time and energy if you scrutinize how they are being used.

Every man and his dog uses a cell phone, the communication gap has increased instead of getting bridged, two people living in the same house do not talk for days because hey!

Who needs to talk when you can text? Our emotions, opinions, and greetings have been reduced to text messages. We have become socially inept while trying to be socially active.

Increased use of cell phones not only causes eyesight problems but it comes with its own baggage of health-related issues, the constant stress of important calls, text messages, emails, tweets, or status updates affects one’s inner peace, unwillingness to meet someone in person because one can make a video call from a smartphone, doing your work from home using a cell phone leads to a sedentary lifestyle which leads to bad health, and not to mention the frustration everyone faces when they need their cell phones charged but cannot do it either because they cannot find the charger or because they forgot it at home when they left for a trip.

Would You Like To Take Asvantage Of This 5-Second Hack Thak KILLS Food Cravings and MELTS 63bls of RAW Body Fat?

Studies have revealed that electromagnetic radiation surrounding a cell phone can seriously cause varying degrees of damage to the user’s health.

Despite all its perks, mobile communication has raised some serious questions about our health and lifestyle. It is ironic how we depend on wires all the time for wireless communication.

Instead of reading text messages and playing useless games on a phone, it is better to read a few verses from a holy book or a few pages from an informative book.

Think about the time we will have on our hands to exercise physically and enjoy our vacations.

Cell phones have ruined the concept of human interaction and reality at so many levels that it is irreparable now. Even the tiniest things we do depend on a cell phone for instance time, yes, just to see what time it is we look at our phones.

It is scary how simple old-fashioned things have been complicated with cell phones.

Children and teenagers using cell phones have serious behavior issues when they have to deal with things in the real world, they have lost touch with the real experience one gets out of simple things in life.

As tragic as it may sound the concept of living in the moment, experiencing things in life, communicating yourself effectively and inspiration via contact has been lost due to the excessive use of cell phones.

The world was a much simpler and better place when there were payphones and landlines. The minimalist perspective favors a simplistic lifestyle where the dependency on today’s complexities is kept at its minimum.

Minimalist ideology is not against the use of mobile phones but it strongly condemns its overuse, abuse, and how people today have become completely dependent on it. Life without cell phone dependency can bring a lot of benefits.

Time spent on useless activities on one’s phone can instead be spent on activities that increase one’s worth and lifestyle.

Interacting with real-life people, indulging in physical activities, taking out time to look around oneself and appreciate nature, and most importantly, depending on one own self alone can create self-sufficiency, peace of mind,   and enhanced interpersonal abilities.

Giving up cell phones can be difficult due to peer pressure but once given up, you will realize how beautiful the real world around you is. After all, you are a real human being and not some digital identity.

Source: Living Without A Cell Phone 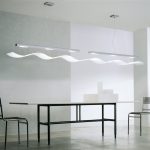 Buy me a coffee Minimalist FAQ’s .Some frequently asked questions (FAQs) about minimalism and living the minimalist life, for those new to the concept. Q:… 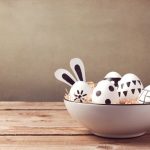 Buy me a coffee Would you like to save on your energy bills? Home energy costs are on the rise. The average household in the… 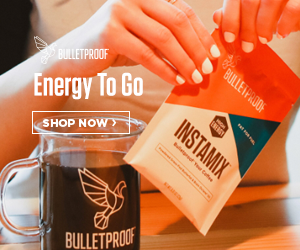