If you’ve been working for more than a few decades, odds are that at least once you’ve been so unhappy you were ready to quit your job without a new job lined up. In 2012, in her early 40s, Tess Vigeland did just that.

Here’s the thing: At the time, Vigeland was the peppy, sassy, super smart host of public radio’s weekly Marketplace Money personal-finance show. So pretty much everyone who knew her, or were fans who’d heard about her leap (me included), had a one-word response: Huh?

Now, Vigeland has published Leap: Leaving a Job With No Plan B to Find the Career and Life You Really Want, out recently. In the book, the married-without-children journalist explains why she did it and, more importantly, how and why you might want to join the leper colony.

Vigeland’s advice: Leaping is scary — just not as scary as you think. “The original title of my book was leap Without a Net,” she told me over lunch at a Los Angeles hotel. “But most of us have nets; friends, family, and resources we can tap. So even if you think you’re leaving without a net, you probably have some kind of net.”

If you’re not one of the 30 percent of full-time workers truly happy with your job (that’s a Gallup poll figure), I think you’ll want to see what Vigeland has to say. Oh, and if you’re thinking that she could leap because she didn’t have kids to support, here’s her answer: “For my book, I talked to 80 people who left jobs without a Plan B and some of them with kids said: ‘I don’t want my kids to see me in the state I’m feeling about my job. They need to see me happy.’”

Highlights from our conversation:

Next Avenue: You left a job you were great at in a career you’d had for 22 years without a Plan B. What did that feel like?

Tess Vigeland: Terrifying. Even beyond that, it felt insane. Like someone had invaded my consciousness and then taken over, making really bad decisions. I consider myself very levelheaded, a realist. But I just felt like I needed a change.

Taking a leap without a job in hand wasn’t what you’d advised people to do on your personal finance radio show, though, was it?

No. I always said: Never quit your job without another one lined up. It’s a bad idea financially.

I needed a clean break. When I got to the point where the idea of staying any longer became intolerable, I gave them three months’ notice.

In my book, I remind people that life is far too short to feel anything but pride in your work and to feel respected in your workplace. If you don’t — get out. You will find something else.

Looking back, you write there were some questions you wish you would’ve asked yourself before leaping. What was the first one?

It’s invaluable to ask yourself what you like about your job. If you don’t, you have no reference point for figuring out what you might want to do next.

You know, when you’re really good at something and have been doing it for a very long time, you stop seeing it as a skill; you think everybody can do this. For me, that was public speaking. I did it on the radio all the time and I know what to do on stage. It turns out, that’s a marketable skill and it turns out that people would pay for it.

For your book’s research, you talked with other people who made a similar leap. What did they tell you?

At first, they are relieved not to be where they were. There’s a palpable sense of relief; like a boulder was lifted off them. That euphoria lasts until they look at their bank account and say: ‘I don’t know when my next paycheck is coming.’ Then comes the panic over practical stuff like: How do you pay the mortgage?

The longer it takes to figure out how you can keep yourself afloat and busy, the worse it can feel. That’s why it’s so important to start thinking about it before you leave your job. I didn’t do that.

What did the people you interviewed who left without a Plan B and became happier have in common?

They were prepared for failure. They looked at the worst-case scenario and decided they could still make it even if that happened. It made them more open to serendipity. They would say ‘yes’ to something they wouldn’t ordinarily.

It could happen. And it’s good to prepare yourself practically and psychologically for the worst. But a lot of people I talked to ended up going into consulting and made more money than they ever did before, with more satisfaction. steady paycheck.

How much money do you think people should save up before they make a leap?

The six months of emergency expenses chestnut is a good one, but if you have three months and you feel you’ve got to get out, then get out. You’ll make it work. You may not get paid as much as before — I can testify to that — but you don’t have to have someone’s thumb on you.

After your leap, you wrote, you started feeling you lost the most important identifying factor about yourself: being the anchor of a national news radio program. But you want people to know they don’t have to be defined by their work. Why not?

For me, this was the biggest personal growth element. In America, we are so focused on our jobs and wrapped up in our titles. I was forced to come to grips with myself as not national reporter Tess Vigeland. It took me a long time; I’m still struggling with that.

You also say part of the leaping process is letting go of the expectations you set for yourself and that you think others have set for you. That sounds a little like Krista Tippett [Host of the public radio show, On Being.]

It is a little Krista Tippett! It’s what I call woo-woo and I have never been a woo-woo girl. However, this process has made me be more philosophical about the role of work in our lives and where we get our ambition, and where that should lead us.

I’m a Gen X’er and there’s constant pressure on us to have a great, linear career. You live in an apartment, you marry, have kids, live in a house for 30 to 40 years, have a job, retire, and then you die. But who said that is the default for what life is supposed to be?

I really think those kinds of expectations set you up for doing something you don’t want to do. You start making decisions because of what others expect of you or what you think they expect of you. What I’ve learned is that most people aren’t paying any attention to me. They’re not thinking about my career. They’re worried about themselves, and rightly so.

So your advice is…?

Stop living your life for anybody else. Figure out what’s important to you and follow that. Don’t worry about what anybody else is thinking.

You tell leaders to surround themselves with new people once they’re on their own. Why?

That advice comes from Herminia Ibarra [a professor of organizational behavior at the graduate business school, INSEAD]. She says: if you want to move to a different field, try to spend time with people in it to get a sense of what their career looks like.

In the first few months after The Leap, you say you thought about becoming a master gardener or doing work for a relief organization or becoming a caterer. Why didn’t you?

First, I was worried people would say: What happened to her? She had a great career and threw it all away.

I also had trouble separating myself from what I love. I was a junkie for the microphone and I kept getting hits — doing radio shows or other journalistic pursuits, sometimes for Next Avenue. And I thought it would be silly if I left this. So this was my push and pull.

Then I got a book deal; so that gave me a job.

It’s now two years after your leap. How’s it going? And what’s your definition of success now?

For me, success now is if I can find some element of joy every day and be respected for the work I do, whatever it is.

Don’t get the wrong impression that I’m lazy and not productive. Nothing could be further from the truth. But I’ve designed life so I make a good living, maybe two-thirds of what I was getting before, and I’m perfectly satisfied. I’m happier.

So you’re getting more comfortable being uncomfortable?

Yes, yes, yes, yes. I’m still not comfortable. I still catch myself thinking I should have a traditional job and a steady paycheck and thinking: ‘I wonder if they’re [the people she sees] wondering if I’m getting anything done.’ And then I remind myself: I don’t give a crap what everyone else is thinking. Sure I have moments of regret, but they’re getting shorter and shorter.

What’s next? Do you know?

I am still not ready to separate myself from journalism. I love telling people’s stories. Think my future involves travel and finding stories about people and organizations making a real difference in the lives of people who are far less fortunate. I think I will do that for a while; I haven’t figured out exactly how.

So: an encore career with passion and purpose?

That’s a good word for what I‘m looking to do. I think a lot of forty-somethings are looking to do an encore. But for me, maybe it’s not even a career. Maybe it’s a chapter.

I may completely fail. And if that happens, I’ll be fine with it. I’m much more comfortable with the idea of failure than three years ago. I guess it’s another leap. I’m just going to leap all over the place. I’m a frog in hot water.

Next Avenue
By Richard Eisenberg
. 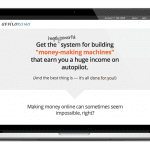 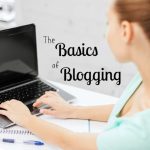 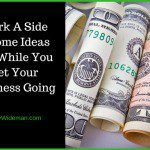 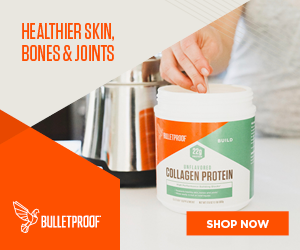 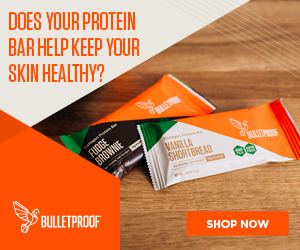