Did Wheat Domesticated Humans? I believe wheat ceased to be a viable food source for human beings in the 1870s. It was then the modern steel roller mill was invented. This invention revolutionized grain milling.

Compared to old stone mills, the steel roller mill was faster, more efficient, and gave fine control over the final product. This allowed the operator to separate the parts of the grain, allowing for the purest and finest white flour to be produced at a low cost.

Unfortunately, this process stripped vital nutrients from the end product. The final product now had an indefinite shelf life ironically pests such as bugs and rodents would no longer consume it.

This allowed vast quantities of shelf-stable flour to be mass-produced quickly to feed the hungry masses.

Have you ever tried to share something you were eating with a pet and the pet examines it and looks at you like you were insane for offering that crap to them? LOL.

That experience always made me think about what I was eating at that time. If pests will not eat modern flour why would human beings?

“From a human nutrition standpoint, it is ironic that wheat milling methods to produce white flour eliminate those portions of the wheat kernel (bran, germ, shorts, and red dog mill streams) that are richest in proteins, vitamins, lipids and minerals.” –GrainStorm.com

The steel roller mill’s ability to mass-produce flour stripped of most nutritional value was and still is considered progress but that is not the end of the story.

Dwarf Wheat is today’s modern evolution of this tragedy and this revolution is considered continued progress. As I stated earlier, I believe wheat ceased being a viable food source for human beings long ago.

Unfortunately, wheat domesticated humans and tricked us to continue to spread it all over the planet.

We know that wheat is a plant but is that all it is? Is wheat a biological weapon unleashed from space by an Alien species? I’m not joking! LOL. Ten Thousand years ago wheat was confined to a small area in the Middle East.

Today, in the heartland of the United States you can drive for hundreds of miles and always be within sight of massive wheat fields. Worldwide wheat covers 868,730 square miles where it never grew 10,000 years ago.

Wheat has become so successful by manipulating human beings and making them its bitch. LOL.  This grain tricked human beings to give up almost 2 million years, occupying at least 90 percent of human history living a more comfortable hunter-gathering lifestyle to invest more effort in cultivating wheat.

Wheat is a high-maintenance date at best. Human beings worked hard clearing fields and removing anything that could make wheat unhappy.

It was not long before many human beings spent most of the day working hard to keep wheat happy. Wheat domesticated humans.

“How did wheat convince Homo sapiens to exchange a rather good life for a more miserable existence? What did it offer in return? … It offered nothing for people as individuals. Yet it did bestow something on Homo sapiens as a species. Cultivating wheat provided much more food per unit of territory, and thereby enabled Homo sapiens to multiply exponentially. –Space Machine

This included keeping a watch out for worms, and blight and protecting it from other organisms that liked to eat it from rabbits to locust swarms. Wheat was hungry so human beings had to find ways to bring it water and animal feces as fertilizer to treat the ground wheat grew in.

Human Beings gave up a happy leisurely life of hunting and gathering a few hours a day to working long days in the hot sun trying to keep wheat happy. What do you think? Who is who’s bitch? Wheat domesticated humans.

Unfortunately, wheat domesticated humans and provided little to no benefit.

Is Wheat Worst For Human Health Than Ever Imagined

Information about Gluten Sensitivity is becoming more and more common but that is not the health influence I am talking about. How is wheat influencing human physical evolution?

The human body was not designed for babysitting wheat fields and working all day to keep them happy. The human body is a well-designed machine, perfect for climbing trees, running, and hunting.

I believe the human body and brain were not designed for the boring life of farming and repetitive work in the hot sun. Human beings were designed to be free, spiritually, and mentally.

To live an active lifestyle.

It’s a shame the well-designed human machine was reduced to clearing rocks and carrying water buckets in an attempt to keep a plant happy.

The human spine, knees, neck, and arches were designed for a more active life. The transition to agriculture brought about a massive increase in ailments, such as slipped disks, arthritis, hernias, hand, and foot injuries, and ailments.

However, from the year 1960, which coincides with the introduction of modern wheat, the nutrient content starts trending downwards.

At the same time, there was no evidence that the soil had changed. So it is clearly something about the nature of modern wheat that makes it less nutritious than the older varieties.

To add insult to injury wheat provides almost no nutritional value for all the work and overall sacrifices human beings make. Yeah, I know most of the work is done by machines nowadays but the damage is done already.

Automation allows for exponential increases in production but garbage in equals garbage out. Wheat domesticated humans and may had a huge influence on human evolution.

Is Wheat Responsible for Capitalism, Consumerism, Wars, and Greed in The World?

I know. How can a plant be responsible for all of that? That is why I always believed Wheat may not just be a plant it may be a weapon. LOL.

The cultivation of wheat and the agricultural tasks associated with it demanded so much time that people were forced to settle permanently next to their wheat fields.

Human beings left the nomadic life that allowed them to be more fit and healthy. A lifestyle that required a few hours of work a day in which they used their free time to do whatever they enjoyed.

The hunter-gather lived more like the modern-day Minimalist. They lived and traveled with only the items they could carry. They were forced to make choices that insured only the most important truly valued possessions and people remained in their lives.

In my opinion, the transition to the agricultural lifestyle was the first domino to fall leading to human destruction. Stable access to wheat as a food source started a negative domino effect.

It required hard work to cultivate wheat. Human beings began to have more children to use as extra labor to harvest the wheat, which in turn created more mouths to feed, which increased the demand for wheat and perpetuate overpopulation that continues today.

Because human were stuck living in one spot they could accumulate property and possesses the hunter-gatherer lifestyle made impractical.

That fact along with the massive stores of wheat for food increased the possibility of theft. With the growing possession, human beings were now able to accumulate induced criminals to commit crimes.

Theft and other crimes of greed caused the need for law enforcement and later armies.

Armies are expensive to raise and maintain so they are used to avoid standing around wasting money. Do you see where I am going here?

Why work hard to grow and create when you can send your armies to take from others?

I know it’s not that simple but that is my opinion of the evolution of the negative effects of an agricultural lifestyle in a nutshell.

Unfortunately, we will never know because wheat domesticated humans and created a domino effect.

This excerpt from Yuval Noah Harari’s book: “Sapiens: A Brief History of Humankind”, simply explains the fraud of the  Agricultural Revolution:

“Scholars once proclaimed that the agricultural revolution was a great leap forward for humanity. They told a tale of progress fuelled by human brain power. Evolution gradually produced ever more intelligent people. Eventually, people were so smart that they were able to decipher nature’s secrets, enabling them to tame sheep and cultivate wheat. As soon as this happened, they cheerfully abandoned the grueling, dangerous, and often spartan life of hunter-gatherers, settling down to enjoy the pleasant, satiated life of farmers. Space Machine

I find it ironic human beings slowly abandoned the knowledge and the secrets of nature to explore the trial and error of farming. Hunter-gatherers’ survival depended on an intimate knowledge of the animals they hunted and the plants they gathered.

This arguably was a less difficult and more enjoyable life than farming. What do you think?

I believe they were early minimalists. They had few possessions, only what they could carry. They followed their food source and worked with their friends and family to obtain it.

That sounds great to me. They spent a few hours a day depending on family and good friends they loved to secure a comfortable life.

After completing the daily tasks necessary for survival, they spent the rest of the day enjoying life. As it should be.

That is one of the leading principles of The Minimalist Lifestyle. Experiences over stuff. I guess you can say the same thing about farming and working with family and friends but working 8 to 12 hours a day in the hot sun just does not sound the same.

We will not even discuss being stuck living on one patch of dirt for the rest of your life and a poor diet. Hunter-gatherers had almost no possessions to protect from thieves and maintain daily. They traveled often and ate an amazing variety of food, fresh fruits, vegetables, and games.

Hunter-gatherers spent their time in more stimulating and varied activities and in less danger of starvation and disease. Unfortunately, wheat domesticated humans and stole that variety in life.

There is no doubt wheat has changed the world. Many would say wheat saves human existence. Wheat became a stable and reliable food source that allowed human beings to grow cities and modern culture. 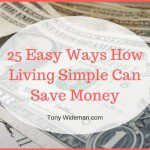 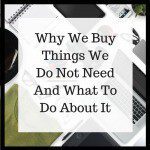