What are bone broth’s health benefits? The claim of Bone Broth health benefits popularity has been steadily growing over the years. What is the deal? A cup of bone broth at local eateries commands high prices. Is it worth it?

Is it a scam? I have tried bone broth at a local spot called  Brondo Broth, 496 Hudson Street The West Village, New York City. Just steps away from the Christopher Stree PATH Train station.

As a practicing Living Simple Minimalist, I have been looking into simple meals that pack nutrition value to be a staple in my routine to simplify my life. Bone Broth health benefits may fit the bill.

It can be a quick nutritious meal I can consume daily without wasting time thinking of what to have for lunch every day or dinner. This will save time and limit decision fatigue.

Are our concepts of why we eat meals all wrong? There was a time we consumed meals mainly because of nutritional value, a necessity.

Bone Broth was a meal served at restaurants hundreds of years ago because it packed high nutritional value in a small package.

The word restaurant is a variation of the word Restore. These were places where travelers visited to consume warm hearty nutrition soups and took much-needed rest to restore themselves after a long day of travel.

Sometimes we get derailed by false social constructs and lose focus. There was a time that Aluminum was more precious than gold.

The elites in those times would be offended if the dining table was set with solid gold dining utensils instead of Aluminum ones.

There was also so a time Lobster was considered the food of the poor. Believe it or not, Lobsters were once routinely fed to poor people and prisoners.

Groups rioted because of it and negotiated being served Lobster no more than 2 or 3 times a week as a remedy. Just imagine being fed fresh lobster 5 times a week as a punishment. Oh! The inhumanity of it all. LOL

Is the popularity of Bone Broth a continuation of a false social construct and bone broth health benefits?

Are we missing the value of why we eat as we consume food for fun, entertainment, and to relieve boredom?

Well, let’s take a look at Bone Broth’s health benefits. Is it a dressed-up, glorified, overpriced soup stock or a superfood with magical nutritional value?

What is Bone Broth?

Bone Broth is a fancy stock made with bones that usually contain small amounts of meat on them. You can make it with any animal bones you choose, beef, chicken, turkey, whatever.

The bones are typically roasted beforehand to increase flavor and then slowly simmered in liquid for long periods of time.

It is common for broths to be left to simmer for 8 and as long as 24 hours. Longer cooking times are used to produce more gelatin from collagen-rich joints and to release a few trace minerals from the bones to increase the taste and nutritional value.

The end result should be a smooth, nutrient-filled bowl of tasty loveliness. If you are thinking Bone Broth is simple and inexpensive to make you would be correct but it can be time-consuming to make.

Usually, store-bought Bone Broths are fake garbage. Most of those companies use lab-produced meat flavors in bouillon cubes, powdered soup, and sauce mixes.

Stick with homemade or quality restaurant Bone Broths as they are usually made with pride and the highest quality ingredients.

Restaurants usually produce Bone Broth with the most flavorful and nutrient richness. These are the qualities that make bone broth legendary. You can easily reach or exceed that quality when you prepare Bone Broth at home.

That is a very powerful proposition for a glorified stock.

This leads us to Chicken Soup. It’s prescribed by doctors, mothers, and grandmothers alike.

Have you ever wondered why? Or not because you were being rewarded with a delicious bowl of chicken soup?

Chicken SoupThis study documents the healing powers of chicken soup. It can help reduce the inflammation caused by upper respiratory tract infections that suffered from colds and flu.

The long cooking process breaks down the bones and marrow to release powerful nutritional properties.

Bone broths contain minerals in forms that your body easily recognizes and can easily absorb such as calcium, magnesium, phosphorus, silicon, sulfur, and many others.

They contain chondroitin sulfate and glucosamine, protein, good fats, collagen, and gelatin. One of the most valuable nutritional components of Bone Broth is gelatin which supports the cushion between bones to prevent painful bone-on-bone contact.

The gelatin acts as a lubricant and also provides us the building blocks needed to build and maintain strong bones.

How To Make Bone Broth

Making your own Bone Broth is simple and economical. All it requires is a little knowledge, desire, and a whole lot of time.
If you don’t have either you can buy excellent Bone Broth locally or online. I love my local joint, Brondo Broth.
Different bones yield different flavors. You can experiment as to what combination you may like best.
Remember joint and knucklebones with ligament tissue produce the most gelatin.
These bones produce the most flavor and nutritional value. Bones from pasture-raised, grass-fed animals produce the best natural clean flavor.
Word on the street is the longer the bones cook the better. I have tried cooking for 8 hours in the slow cooker and got so-so results. Double the cooking time is believed to yield better results.
I don’t know if it was my cooking time or my receipt but my Bone Broth did not compare to Brondo Broth.
.

If you would like to freeze your broth, see my note at the end for how to freeze in jars.

How To Use Bone Broth

Bone Broths will generally last up to 28 days in the refrigerator and up to six months in the freezer. It must be consumed within 24 hours of unfreezing to avoid illness. Below are some of the more popular ways to use Bone Broth:

With the growth of the Paleo Diet Bone Broth is gaining popularity for being a rich, tasty healthy meal with storied health benefits. There are many creative ways people use to incorporate it into their diets. Be creative.

I believe somewhere along the lines many people lost their way. We began to live to eat instead of eating to live. I am one of those people. Sometimes I think about what I am going to eat a large portion of the day. I cover it up by calling myself a foodie. LOL.

Bone Broth is a throwback from ancient times. It’s what we needed. Not necessarily what we wanted. Bone Broth health benefits provide us with protein, chondroitin sulfate and glucosamine, good fats, collagen, gelatin, and other nutrients we needed.

This mix is no accident. Far beyond supporting our health. This mix goes a long way to support our bones, joints, skin, and hair. This better enabled us to work harder, hunt longer, gather, and become the planet’s apex predator.

Is Bone Broth overpriced? Possibly. I fear the more popular it gets the higher the price of the ingredients will rise. Remember Lobsters? Look at the prices now.

If you think about it bones are usually discarded as scrap. I often see large dinosaur-like bones for sale cheaply at the pet store. Will be fighting Fluffy for these bones as bone prices rise? I hope not. LOL

Is Bone Broth easy to prepare? Not as easy as most would have you to believe. Sourcing the best ingredients and cooking can be time-intensive. The slow cooker is the way to go.

Is Bone Broth health benefits a SCAM? I don’t believe so, but tell me what you think in the comment below. 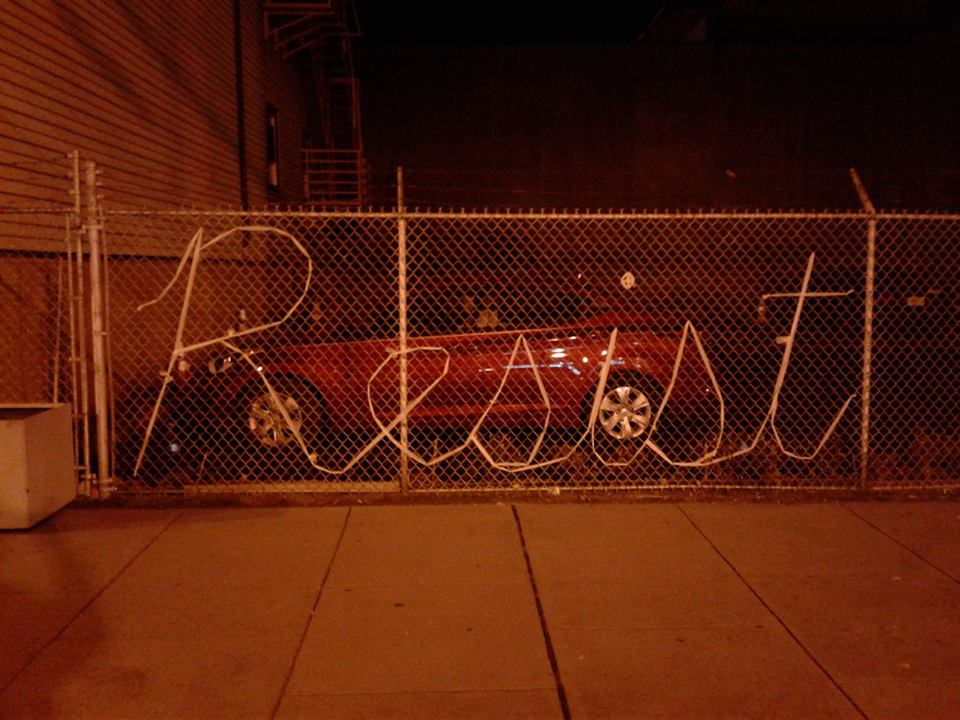 Minimalist Street Art , I love minimalist street art I see. It takes great skill to create something amazing with as little as possible. To add to the difficulty the work has to get noticed by the public. I live in Jersey City New Jersey and there is an artist that has been accomplishing this right… 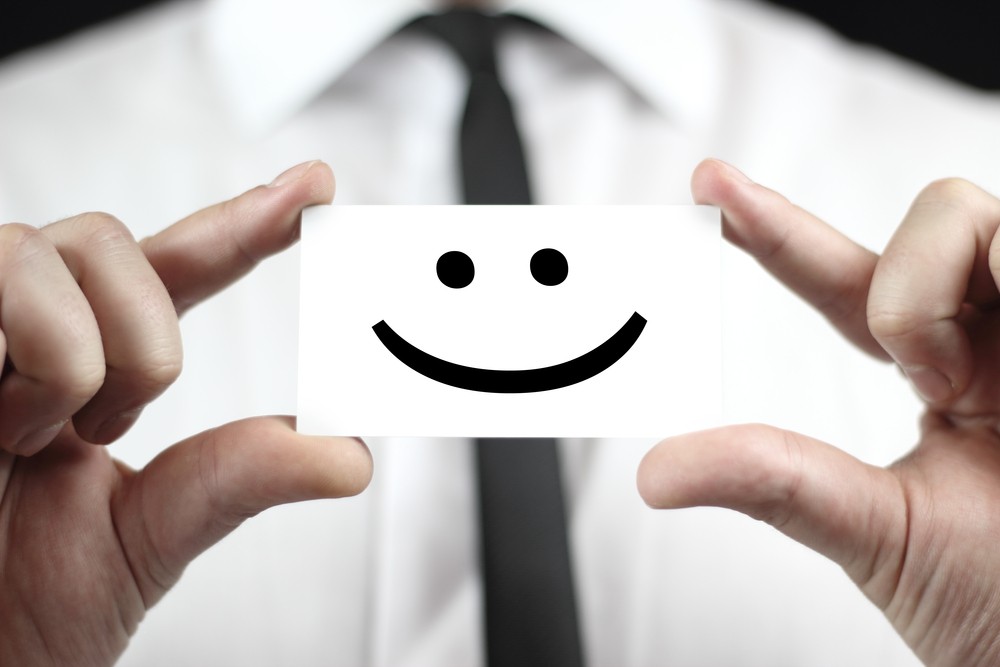 Authentic Happiness On a comedy TV show the other night, there was a scene with a bunch of stereotypical Millennials throwing an “unemployment party” for a friend who lost his job and got to kick back collecting unemployment insurance for six months. The partygoers were portrayed as free-spirited, self-absorbed freegans who mostly sat around immersed in… 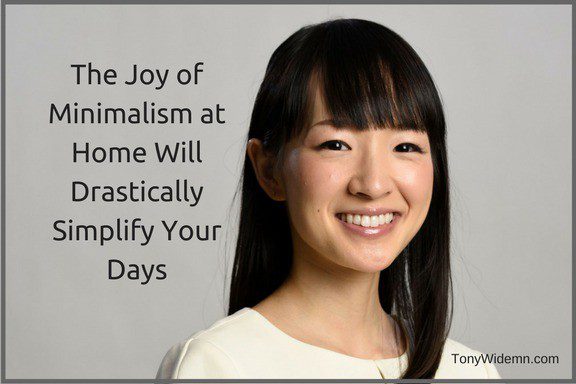 Minimalism Tips   If you haven’t communed with your socks lately, thanked your shoes for their hard work, or bowed (at least mentally) to your home in appreciation, maybe it’s time to consider doing so. “It is very natural for me to say thank you to the goods that support us,” says Marie Kondo, whose… 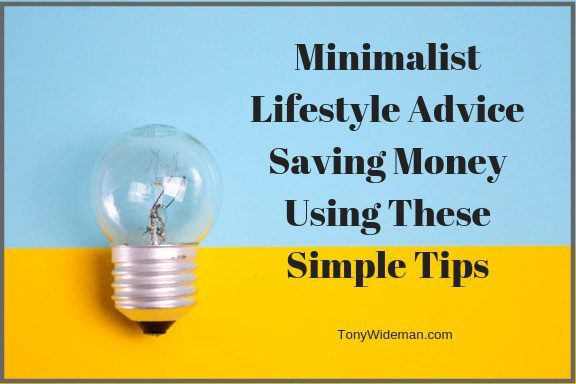 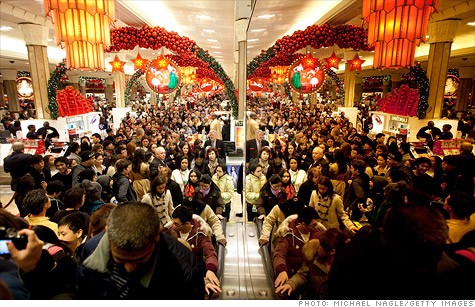 Shopping for the Holidays . Why are you shopping for the holidays this year? I had a job today installing some telecommunications equipment at a bank around Madison Ave and 50th Street in New York City. I decided (or my body did) to use the Rest Rooms at Penn Station on 34th Street. To my… 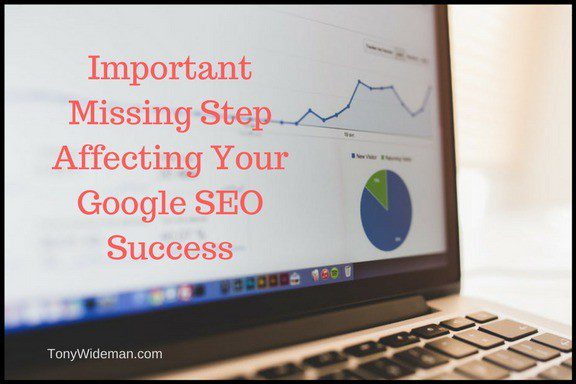 Google SEO Success . Many people focus on the technical aspect of attaining Google SEO Success (Search Engine Optimization). You aim to master SEO to get your website or blog for the first-page search results for chosen keywords. Would you believe that even if you master the Google SEO Rubik’s Cube, it is still only…