Skip to content
Buy me a coffee
.
Every year, American consumerism peaks around Black Friday, but what about those people who choose not to participate in the economy?
.
Everyday people all over the country, called freegans, search through dumpsters, forage in parks, and reuse what is widely considered waste, as their way of living.
.
Freegans are free-vegans; people who get their food for free and don’t eat animal products or processed food. They are a community of people around the United States who have based their lifestyle on the philosophy that we as a country waste too much; they vow to make use of that waste and live off of it themselves.
.
According to the freegan informational website freegan.info, freegans “embrace community, generosity, social concern, freedom, cooperation, and sharing in opposition to a society based on materialism, moral apathy, competition, conformity, and greed.”
Freegans live by five “strategies for a practical living; waste reclamation, waste minimization, eco-friendly transportation, rent-free housing, going green, and working less.” Senior Forrest Zoll, though not a freegan himself, is familiar with the culture surrounding freeganism.
.
He views freeganism in a very positive way, stating that, “There is so much waste in the world, so many things get thrown out – not just food – and it’s just crazy. I think trying to take that back is a good thing. That’s what it’s about for me.”
.
Many restaurants and other places that sell food are required to throw away any food that is beyond its expiration date. This applies whether it is expired by a day or by a month, which results in many still edible products being thrown out. In an email, local forager Charley Underwood asked, “Did you know that about half the food grown for people to eat actually ends up getting thrown into landfills, according to the Department of Agriculture?”
.
Underwood, who is retired, spends a lot of time gathering food in public places. This is different from being a freegan, but both freegans and foragers use unconventional methods to acquire food.
.
His spring project entails producing maple syrup from the Seward, Corcoran, and Longfellow neighborhoods. This spring, “that produced 435 gallons of sap, which I boiled down into 11.5 gallons of maple syrup, sharing with the owners of the maple trees,” said Underwood.
.
“The foraging community is amazingly diverse,” explains Underwood. “I can have great conversations with Hmong women gathering ginkgo nuts along Cleveland Ave in St. Paul, families from Honduras gathering serviceberries along the Greenway, local anarchists who know where the unpicked pie cherries are in Uptown, university horticulture students who take my apple cider or Aronia juice and give me wine they make it.”
.
Zoll feels that “some people sort of glamorize it but actually living that way completely is hard to do” Peterson, who sees great value in his time spent as a freegan despite the challenges, also recalls some negative aspects of it due to the drug use of the freegan community and police encounters.“It’s really not a good scene to be a part of.”
.
Peterson recalls spending his days as a freegan walking around his keeping his eyes peeled for any usable resources and having to watch out for police. Zoll also touched on some negative ways to acquire free food by commenting, “a lot of those people steal a lot of things.”
However controversial they may be, freegans bring to light some problems that consumer society has. Peterson said,“I see the waste that America has in a much clearer way while other people are trained to ignore it.”
.
“A lot of people think about their life as growing up, getting a job, and having a family and that’s not the only way you can do it. You can live your life pretending that money doesn’t exist. There are other ways to live your life.” says Zoll.
.
.
Emily Barnhill, Staff Writer
..

Would You Like To Learn To Bring Dead Batteries Back To Life Is Simple! 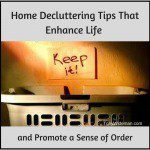 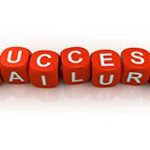