Micro Apartments design is projected to be the housing option of the future. With the renewed popularity of simple living and the minimalist lifestyle, there will not be a shortage of willing residents.

Will they deliver? Would you welcome a micro-apartment design development in your community?

Micro apartment design is projected to be the housing option of the future. With the renewed popularity of simple living and the minimalist lifestyle, there will not be a shortage of willing participants.

Micro apartment design promises to provide affordable housing and more diverse communities. Will they deliver? Would you welcome a micro-apartment development in your community?

Will there be a demand? Will micro-apartments change cities and small-town living around the world?

Rich and Trendy Or Form and Function

60,000 people have applied to live in New York micro-apartments. The problem is these are high-end lavish Micro Apartments designs. They have high-end furnishings and stainless steel appliances.

Concierge services are offered at $3000 a month for 265 to 300 square foot micro apartment design.

Beginning the movement with a high-end Miro Apartment looks to be just the beginning and not having the desired effect.

The project will offer about one-third of the micro-apartment design to lower and mid-income residents at lower rents. This process does not seem to be the way to lower housing costs and build diverse communities. Or is it?

With the success of this development, will much-needed affordable housing ever be developed?

Housing development construction is still a business. It needs to be demonstrated a profit can be made, in order for lower-end, affordable micro apartments to be developed.

Even with the larger volume of units to benefit from in a micro-apartment development there just is no incentive for low-end development yet.

The Promise Of Better Communities

I believe we all agree that if you live in a McMansion you are less likely to be out and about in the community. After paying property taxes, heating, electricity, lawn care, and basic maintenance, many have little disposable income left to be out and about.

Many believe micro apartments design will build better communities because of their design. Now, city dwellers can get a taste of the tiny lifestyle in some impressive modern micro-apartments around the United States.

The hope is that residents will venture out of the small rooms more often. The buildings will have community rooms, theater rooms, and swimming to entertain residents.

With lower costs, the resident in the city should have more disposable income to support local businesses and spend less time in their apartments.

The plan is to create better close-knit communities get out and meet each other instead of staying in the apartments. The residents will visit other buildings and developments to attend social events and socialize.

As residents meet more people in the community their social calendar will stay filled, and they will spend less time in the micro-apartments design.

Buildings or local businesses will rent things that are not used often that would be normally stored in homes for potential use. You would be able to rent tools, individual appliances, large dining room tables, and other things as the need arise.

As a result, you would not have waste space storing those items for future use. Also, it would cut down on consumption and waste, as there will be fewer of the same type of items collecting dust in hundreds of apartments. I think that is cool.

There will be ecological benefits that micro-apartments design and denser communities will offer. No driving and better public transplantation will lower fuel consumption and pollution. Less waste, better and more organized recycling.

Most cities in The United States will not allow the development of living spaces smaller than 400 square feet. New York City relaxed zoning laws to allow apartments as small as 250 square feet.

New York City can pull this off due to the city’s social offerings and great public spaces. Residents can be out and about enjoying these public spaces and not be cooped up in micro-apartments.

Life can be stressful living in cities. Living in smaller spaces can add to that stress. Younger people can better handle this type of stress but older people and families are affected more.

Younger people are more likely to live with one or more roommates anyway. Unfortunately, research has shown that crowding-related stress can increase rates of domestic violence and substance abuse.

Micro Apartments may satisfy basic needs but what about psychological needs? Sure there is enough room for the fridge, some furniture, a TV, and a nice bed.

What about the psychological need for self-expression and relaxation? Can that need be satisfied in such small living spaces?

Boarding houses, missions, shelters, and what came to be known as single-room occupancy units or SROs were common at one time.

I am sure the many lessons learned will be applied to the development of the new micro-apartments design. The health risk was managed then, and it will be mitigated now.

Micro apartment design may be just one of the tools city organizers can use to fight the affordable housing shortage and deal with the steady growth of city populations.

Are Micro Apartments Design A Solution To The Affordable Housing Shortage?

Micro apartment design is a great idea and should be affordable. Smaller apartments should be less expensive. Duh! The problem with affordability is created by private developers.

They will want to get the most for each square foot as they could and there is nothing wrong with that. I guess.

If the developers can make it commonplace to pay more for less space, it will drive up housing costs overall. This can be an unintended result of having developers design and provide affordable housing.

That is not their responsibility or their business. You may ask yourself why do these cities use private developers.

They serve a purpose. In the past, when the city government built affordable housing it was stigmatized and became low-income housing. “Projects” became the derogatory name associated with many cities’ attempts to provide affordable housing.

This is why it’s beneficial for private developers to lead the micro-apartments design revolution. More importantly that high-quality micro-apartments be developed to avoid being stigmatized similarly to past developments.

Once the micro-apartments design brand becomes trendy and desirable, the city government can develop truly affordable housing. They can shift from emphasizing luxury to affordability.

The concept of the micro-apartments design is not new. Will the modern adaptation of this concept change the world?

Yes! Modern technology and the motivation that population increase provides will make it so. I have even seen Off Grid Living Solar Ocean Homes offer great promise.

I am a fan of living with less, spending more time outside of the home, and creating great experiences with good friends and family. Micro apartment design will help lead to that style of living.

Micro apartments design offer less space to accumulate junk and may force the resident to venture out into the community to live more with less.

Are you the type of person that could not ever live in a micro-apartment design? Do you believe micro apartment design will enhance life around the world?

Would You Take Advantage Of The Best Work From Home Opportunity Now! 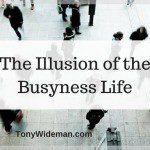 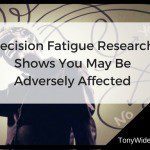 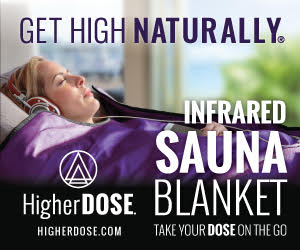